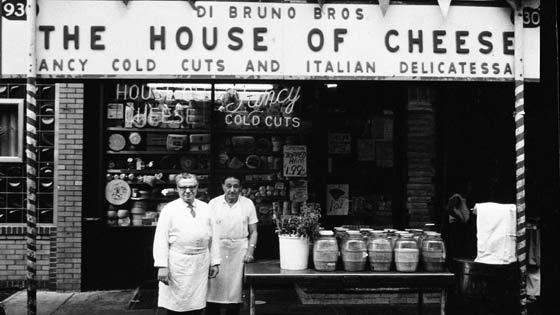 Di Bruno Bros. has been a staple in Philadelphia’s food culture for over 70 years, bringing a premium selection of cheeses, meats, and oils to Philly neighborhoods from around the world. In recent years, they’ve expanded from the original Italian Market location to the Comcast Center, Rittenhouse Square, and most recently – the Ardmore Farmer’s Market.

When they expanded to Ardmore, Di Bruno Bros. was in need of store signage and other design elements. We created a strong brand identity that was both simple and visually appealing. Since then, our relationship has expanded to creating compelling video content that bolsters their online presence.

By producing online video content that captures the spirit of Di Bruno Bros.’ gourmet products, we have been able to increase interest and understanding of their diverse selection of goods.  Popular food blogs throughout the city like Foobooz.com, Zagat.com, and Uwishunu.com have featured some of the most recent videos.