What are the top seven most iconic Hip-Hop accessories of all time? Here are our most memorable and iconic top three. Help us with the last four. What are your favorites? 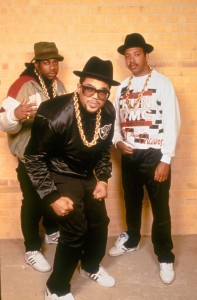 Run DMC pushed rap and fashion in a new direction in the ’80s. Run DMC’s new sound and style replaced the old styles of chest baring shirts and tight leather pants worn by Grandmaster Flash and the Furious Five, and brought in a more “street” sense of style. Unlaced adidas were considered extremely rough because of their meaning: Shoelaces were not allowed in jail for fear of the inmates hanging themselves with them. Run DMC took that stigma away and made it a fashion statement instead. In 2011, adidas released a 25th anniversary shoe to commemorate the 25 years since the release of the group’s hit, ” My Adidas.” 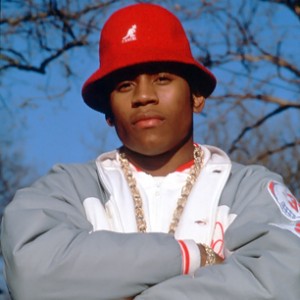 Who can forget LL Cool J’s Kangol hats? The Kangol, whose name derives from a mixture of its material (K form the K in silk, the ANG from angora, and the OL from wool) was originally supplied to the armed forces during World War II as berets. These hats were the height of fashion in the ’80s, and were later adopted into the Hip Hop community. LL took a huge part in making this happen and was almost never seen without one; his “I Need Love” video in which he appeared with a Kangol bucket hat set the trend ablaze and is still popular today. 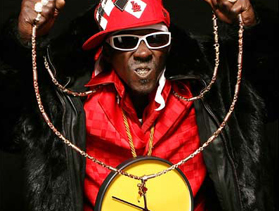 Flava Flav’s clock was initially worn to make fun of the rappers wearing large hood ornaments around their necks at the time. Rappers wore Lincoln and Mercedes hood ornaments on a large chain as a sign of status. The oversized clock was Flava Flav’s way of telling them “What Time It Is” in his own way. The clock became part of his appeal and who he still is today.