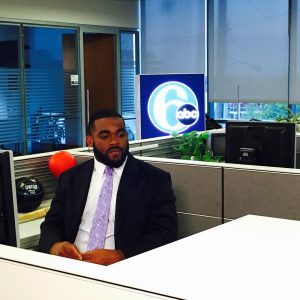 Brandon Graham decided in April 2015 he wanted to try his hand at some broadcasting and gain additional exposure for himself in the Philadelphia marketplace with some select endorsements. For this case study, there were two goals to consider.

To get Brandon aligned with a Broadcast Network which would allow him the opportunity to work on that craft on a weekly basis.

In July 2015 I secured Brandon a coveted spot on 6ABC, co-hosting the weekly broadcast of Sports Sunday with Sports Director, Ducis Rogers.

In 2016 I negotiated a contract for Brandon to co-host the Tuesday edition of Breakfast on Broad aired by Comcast Sportsnet. Brandon was the first active player to be used in this role.

In 2016 I negotiated a contract with 94WIP for Brandon to have a weekly segment on Angelo Cataldi’s Morning Show.

I secured Brandon an endorsement with Ventresca LTD, to provide Brandon’s clothing for his new show. Ventresca 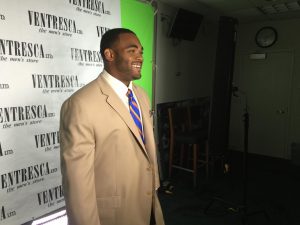 also agreed to host a special event Toy Drive for TEAMGRAHAM55. The drive was attended by Brandon and a handful of his Philadelphia Eagles team mates. The toys were distributed to CHOP and St. Christopher’s Hospital by Brandon. I also aligned Brandon with a charity bowling event that he hosted “Bowl with Birds” which raised money for The St. James School and for Family Matters , a Camden NJ non-profit.