The goal was to get Brian Propp back into the public eye, via TV, radio and print as well as securing some paid endorsements and creating a Foundation so Brian could specifically give money to recovering Stroke victims. This project came from a personal challenge that Brian overcame: Philadelphia Flyers Hall of Famer suffered a massive stroke on September 3, 2015. Three months later he was walking and skating again but had mild aphasia and weakness in his right hand.

Using the weight of local Philadelphia channels, we were able to secure high-visibility positions that widely broadcasted his story.

Then, Hashtag secured Brian an endorsement with Oxygen Oasis Wellness Center, and created the web series Breathing Your Way to Wellness, that Brian hosted. Exploring all the different ways patients have benefitted from this form of therapy. Multiple Sclerosis, Traumatic Brain Injury, Osteoradionecrosis, PTSD, CTE, Autism,Lyme Disease, RSD & CRPD to name a few. 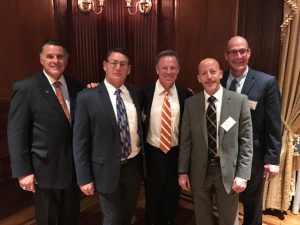 As a result of this campaign Brian enjoyed increased visibility, received various accolades and air time on major channels: