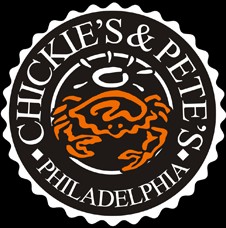 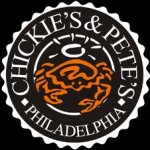 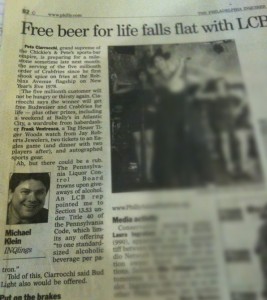 Everybody loves free stuff. And most who’ve been to Chickie’s and Pete’s love Crabfries, especially with a tall, cold one. So what better than FREE Crabfries?

That was the thinking of Hashtag Multimedia President Craig Kaplan and collaborator Steve Martorano, as the iconic Philly sports-bar (and ESPN’s “Best Sports Bar in North America”) neared its five millionth order of Crabfries sold. Not just free Crabfries, but free Crabfries and Budweiser for life to the five millionth customer. That sounds like a pretty good deal, albeit a less-than-healthy one.

Pair that with a host of other prizes — a weekend at Bally’s in Atlantic City, a wardrobe from Frank Ventresca, a Tag Heuer watch, two Eagles tickets (plus dinner with two players after) AND autographed sports gear — and you’ve got an unbelievable giveaway.

Maybe a little too good, wrote Michael Klein in the Inquirer. Apparently the Pennsylvania Liquor Control Board isn’t too keen on alcohol giveaways. Chickie’s & Pete’s solution? Offer Bud Light, too.