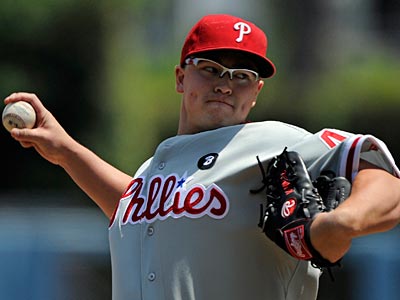 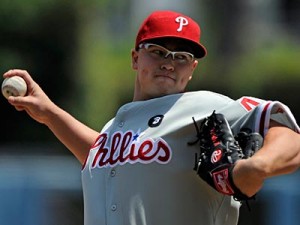 A rookie phenom, Vance Worley put together a fantastic 2011 season. All the talk was on the Four Aces, but when the fifth starter, Joe Blanton, and ace Roy Oswalt sustained injury, Worley was penciled in to the starting rotation. He excelled beyond expectations, creating a devoted fanbase aptly named the Vanimals.

This presented an opportunity for publicity. We capitalized, arranging an autograph signing of Vance Worley at Forman Mills in South Philly.

Like many events showcasing pro athletes in Philly, this one was a hit with the press and attendees alike. The South Philly Review had coverage of the event, and the Daily News made mention of the appearance as well.

Being in the position of signing autographs may have been a shock for the young ballplayer. His denied attempts to get former AL MVP Dustin Pedroia’s autograph before a game against the Red Sox were widely reported. Worley got the last laugh in that one, though. He got the win over the BoSox that night with 7 strong innings, allowing Pedroia to only one single.